WHO'S THAT, YOU SAY?
OK, if you haven't heard of Marissa Meyer, let me fill you in. Marissa is a fellow-Washingtonian, who lives in Tacoma with her husband and two cats. She's a fan of most things geeky (Sailor Moon, Firefly, color coordinating her bookshelf...) And has been in love with fairy tales since she was a kid...which wasn't that long ago...which she doesn't intend to ever grow out of. Her first book, Cinder, is a retelling of the story of Cinderella as a cyborg. Her second novel in the Lunar Chronicles Series is called Scarlet, which continues the story of Cinder, as well as Marissa's version of Little Red Riding Hood. BTW...Scarlet debuted #4 on the NYT Best-Sellers YA List when it was released in February.

I was fortunate enough to meet Marissa at last summer's PNWA conference in Seattle. And went totally fangirl. But, hey. She remembered me. Marissa has been kind enough to answer a few questions and I'm excited to share her, her books and her answers with you.

WITHOUT FURTHER ADO, I GIVE YOU...MARISSA MEYER
You've done many interviews. What were 2-3 of your favorite questions you were asked? And the answers. 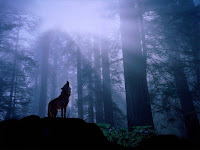 Marissa: Oh gosh, they all start to blur together after awhile! But I enjoy the fun, random questions. Someone once asked what the characters' karaoke songs would be - I believe I said David Bowie's "Fashion" for Iko and "Domo Arigato, Mr. Roboto" by the Styx for Cinder... IF you could convince her to get on stage at all, which is unlikely! I've also been asked what reality TV shows the characters would excel at, and I suggested "Dancing with the Stars" for Kai (rawr) and "Survivor" for Wolf.

What advice would you give to someone who is just starting their writing journey?

Marissa: Embrace the journey! We get into writing because it's something we love to do, something we're passionate about. It can be difficult to stay focused on that and not get caught up in the need to be published. And yes, being published is a great goal to strive for, but first and foremost writers should make sure they're telling the stories they love and enjoying every moment of it. Don't get too impatient to move ahead to the next step of your career.

What were your favorite books/authors as a child?

Marissa: I loved The Little House on the Prairie Books and Anne of Green Gables, and when I was a little older, The Hobbit and The Giver, both of which changed the way I viewed books in general, and how they could alter the way we perceive the world and storytelling.

Who are your top 5 favorite 'best-selling' authors, now?

Marissa: So hard to choose!! I suppose: Leigh Bardugo (SHADOW AND BONE), Kristin Cashore (GRACELING), Veronica Roth (DIVERGENT), Kendare Blake (ANNA DRESSED IN BLOOD), and C.J. Redwine (DEFIANCE). I don't know if those last two are technically best sellers, but they should be!

Are there any indie authors/books that you would suggest?

Marissa: Honestly, I don't pay attention to who publishes the books that I read, so I'm not sure which ones qualify as indie! There are two fairy tale based novels that came out last year though that I THINK qualify as indie, and while I haven't read either yet, I'm super excited about them both: FIRST FROST by Liz DeJesus and BONDED by Michelle Davidson Argyle.

So there you have it. The one. The only. The incomparable...Marissa Meyer. Thank you Marissa for taking time for this interview from what, I am sure, is a crazy busy book tour.
Posted by Unknown at 2:24 AM 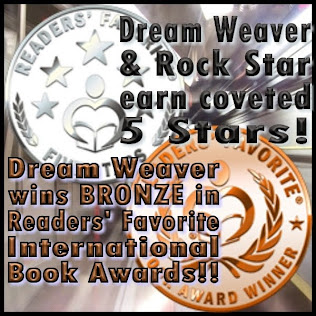 DREAM WEAVER is a BRONZE MEDAL WINNER in the International Book Awards!!!

Where authors and readers come together!